The Down Side of the Reformation 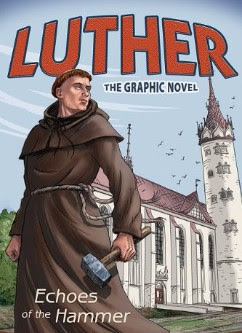 As we prepare to celebrate Reformation Sunday here at St. Paul, it seems fitting, and in the spirit of the Reformation, to tell the whole story, or at least the rest of the story. One of the ongoing reformers of our day is Stanley Hauerwas, an American theologian and professor at Duke, famous for continuing to call the church out on its sins. What follows are some reflections and notes from one of his lectures 20 years ago..

Even as a Methodist, Hauerwas hated Reformation Sunday, reminding us that it does not name a happy event for the Church Catholic; on the contrary, it names failure. Of course, the church rightly names failure, or at least horror, as part of our church year. We do, after all, go through crucifixion as part of Holy Week. Certainly if the Reformation is to be narrated rightly, it is to be narrated as part of those dark days.

Reformation names the disunity in which we currently stand. We Lutherans and many others want to say that Reformation was a success. But when we make Reformation a success, it only ends up killing us. After all, the very name 'Protestantism' is meant to denote a reform movement of protest within the Church Catholic. But indeed, Protestantism has become an end in itself through all the mainstream denominations in America. If we no longer have broken hearts at the church's division, then we cannot help but unfaithfully celebrate Reformation Sunday.

What if the Catholics are right that salvation consists in works. Hauerwas writes: "To be saved is to be made holy. To be saved requires our being made part of a people separated from the world so that we can be united in spite of-or perhaps better, because of-the world's fragmentation and divisions. Unity, after all, is what God has given us through Christ's death and resurrection. For in that death and resurrection we have been made part of God's salvation for the world so that the world may know it has been freed from the powers that would compel us to kill one another in the name of false loyalties. All that is about the works necessary to save us."

Indeed we Protestants feel no sin for the disunity of the Reformation. Instead we celebrate it partly because we no longer know or experience unity in the church.

Roman Catholics know and experience unity because they have an office for it in the person of the pope who watches over some 1.2 billion souls. It is rather extraordinary that all those Christians hold together in the same church. What an achievement! Perhaps equally amazing is their ability to keep within the same church Jesuits, Dominicans, and Franciscans.

Catholics know that their unity does not depend upon everyone agreeing. Indeed, they can celebrate their disagreements because they understand that our unity is founded upon the cross and resurrection of Jesus of Nazareth that makes the Eucharist possible. They do not presume, therefore, that unity requires that we all read Scripture the same way.

Consider this difference: Protestants say, "How much of the faith do we have to believe in order to remain Christian?" We too easily think that Christianity is to be identified with sets of beliefs more than the Catholic sense of unity that comes through the celebration of the sacraments. Once Christianity becomes reduced to a matter of belief, as it clearly has for Protestants, we cannot resist questions of whether those beliefs are as true or useful as other beliefs we also entertain. Once such questions are raised, it does not matter what the answer turns out in a given case. As James Edwards observes, "Once religious beliefs start to compete with other beliefs, then religious believers are - and will know themselves to be consumers of values. They too are denizens of the mall, selling and shopping and buying along with the rest of us."

Hauerwas notes that Catholics do not begin with the question of "How much do we need to believe?" but with the attitude "Look at all the wonderful stuff we get to believe!" Isn't it wonderful to know that Mary was immaculately conceived in order to be the faithful servant of God's new creation in Jesus Christ! She therefore becomes the firstborn of God's new creation, our mother, the first member of God's new community we call church. Isn't it wonderful that God continued to act in the world through the appearances of Mary at Guadalupe! Mary must know something because she seems to always appear to peasants and, in particular, to peasant women who have the ability to see her. Most of us would not have the ability to see Mary because we'd be far too embarrassed by our vision.
Therefore Catholics understand the church's unity as grounded in reality more determinative than our good feelings for one another.

In Luther's day he was right to point out that the pope and the church had become unfaithful and corrupt, but at least Catholics preserved an office God can use to remind us that we have been and may yet prove unfaithful. In contrast, Protestants don't even know we're being judged for our disunity.

I realize that this perspective on Reformation Sunday is not the usual one. But remember that Luther never intended to start a new church. He meant to reform the one he belonged to. The usual perspective is to tell us what a wonderful thing happened at the Reformation. The Reformation brought freedom. No longer would we be held in medieval captivity to law and arbitrary authority. The Reformation was the beginning of enlightenment, of progressive civilizations, of democracy, that have come to fruition in this wonderful country called America.

And yet what a disaster it was for the Jews, who were made out to be even more "other" than Catholics. Luther utterly failed to see that justification by faith through grace is a claim about the salvation wrought by God through Jesus to make us a holy people capable of remembering that God's salvation comes through the Jews. When the church loses that memory, we lose the source of our unity. For unity is finally a matter of memory, of how we tell the story of the Reformation. How can we tell this story of the church truthfully as Protestants and Catholics so that we might look forward to being in union with one another and thus share a common story of our mutual failure? How might that perspective change the way we celebrate the 500th anniversary?

So on this Reformation Sunday long for, pray for, our ability to remember the Reformation - not mainly or only as a celebratory moment, but also as the sin of the church. Both-And. Now more than ever we pray for God to heal our disunity, not the disunity simply between Protestant and Catholic, but the disunity in our midst between classes, between races, between nations. Pray that on Reformation Sunday we may confess our sin and ask God to make us a new people joined together in one that the world may be saved from its divisions.